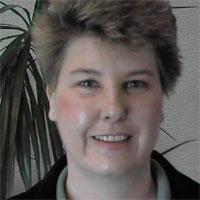 Dr. Tana M. Nazar has been helping people live pain free in Harrisburg, PA since 1997.  As a chiropractor with experience she is committed to promoting health and living a life drug free.   Dr. Nazar is a Pennsylvania native born and raised in Bloomsburg.  After spending six years in commercial banking she did a tour in the United States Air Force.  She completed her Associates degree in Contract Law while in the military.  She has her B.S. degree from Liberty University.  She completed her doctor of chiropractic degree at New York Chiropractic College.  She has completed hundreds of additional hours of post doctoral studies in Nutrition and has a C.C.E.P.  A Certified Chiropractic Extremity Practitioner is a special certification/training in sports and athletic injuries.  She also has a certification in the Webster Technique for pregnant women.

After serving in the military, my health went down hill.  I had herniated discs in my neck, numbness and tingling in my hands, very low energy, headaches and I could barely dress myself without help because of the lack of movement and pain in my neck and shoulders.  I was sick all of the time.  If I didn't have strep throat, I had other infections.  During the decline in my health, a very good friend of mine kept on recommending I see a doctor of chiropractic.  I had all of the excuses.  I don't have insurance, the military won't pay for it,  etc.  After my four years were up, I followed up with the Veteran's hospital since I was still ill and now sleeping about 20 hours per day.  By this time the headaches were unbearable.  Three years of drug therapy and physical therapy and I was still getting worse.  The doctor's at the VA hospital said I had chronic fatigue syndrome and fibromyalgia and that there were no treatments.  I was speechless.  I just wanted to know what was wrong with me and what I needed to do to get better.

I finally decided to go to a chiropractor.  After my first adjustment, I felt 80 percent better.  I followed his diet and nutrition recommendations.  First he put my on a "cleansing" diet.  I stopped eating junk food and food with artificial flavoring and preservatives.  Then he recommended whole food supplements along with a "chemically free" diet.  It finally became apparent to me, that the combination of proper nutrition to provide the proper building blocks of life along with a properly functioning nervous system and regular exercise are the main keys to health and healing.

I am so thankful that my friend never gave up on recommending I see a chiropractor.    This had such a profound impact on my life, that I changed majors and became a doctor of chiropractic so I can tell the story to others.  You don't "just have to live with it".  You can take action and take control of your life and your health.

The human body is more complicated than an anatomy lesson might lead you to believe.  Besides the systems and processes well known to everyone, the body is also composed of a complex interflowing stream of moving energy.  When these energy streams become blocked or constricted, we lose the physical, emotional, and mental fluidity potentially available to us.  If the blockage lasts long enough or is great enough, the result is pain, discomfort, illness, and distress.

My goal as a doctor of chiropractic is to help my patients open these energy blockages, for once the energy is unrestricted, the body can begin its own healing process.  This unblocking of energy can help the body, the mind, and even the spirit.

Unfortunately, most doctors don't believe this.  As a result, contemporary medicine is facing a crisis.  It insists on considering a human being merely as an object of science, which is a one-sided approach to treating symptoms.  Symptoms must surely be understood, not merely combated.

The medical profession is based on scientific research, and while scientific research per se is valuable, there's more to healing than obtaining the test results of modern studies.  For there are aspects to humanity that science will never explain, and these include morality, love, the spirit and the soul.

It is the task of our age to recognize humankind as a whole once more--each of us a being of spirit, mind, and body--without abandoning the knowledge we've gained through science.  By studying the interrelationship of those three elements in detail, it will be possible for us to recognize that individual matter is the physical carrier for psychic or spiritual substances.

When we accomplish this, patients will no longer be regarded as if they were disease processes to be halted or problems to be solved, but a people in need of assistance in balancing their physical, mental, and spiritual dimensions.  Without question this should be the new direction of modern medicine, and it is one that is long overdue.